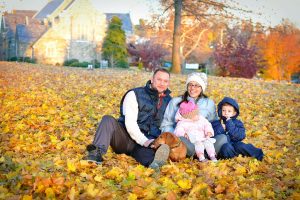 Ian Stefenack has spent over 20 years as a contractor. In that time, he’s installed a lot of ceramic tile corner shelves. Adding these shelves to showers stalls and tubs walls added a lot of time to each project and Ian knew there had to be a better way. Over time, Ian developed a better way; he invented GoShelf, the ceramic tile corner shelf that can be installed by anyone in just minutes.

Before GoShelf, if you wanted to install ceramic tile corner shelves, you needed to hire a contractor to cut into the existing tile, damaging both the cement board and waterproofing of your wall. It was a messy, time consuming, and expensive process.  Alternatively, if a homeowner wanted to install shelving on their own, they’d be stuck with modular options that aren’t customizable to their space and often diminish the overall look of tile walls.

While running ISC Remodeling, a full service contracting business, Ian has renovated countless kitchens and bathrooms over the last two decades. As a seasoned expert in tile installation and grout work, he invented GoShelf in response to an everyday problem he was facing; ceramic tile corner shelves were taking too long to install. The GoShelf is a shelving solution that’s simply designed and easy to install. Now, shower shelf installation isn’t just easier for contractors, any Do-It-Yourselfer can install their own GoShelf in mere minutes.

You can install your GoShelf in four easy steps:

The finished product leaves you with a beautiful shelf that looks like it’s always been there. Plus, the GoShelf doesn’t just look good, it can hold up to 200 lbs!

Are you ready to improve the look and functionality of your shower with ceramic tile corner shelves? Order GoShelf today!