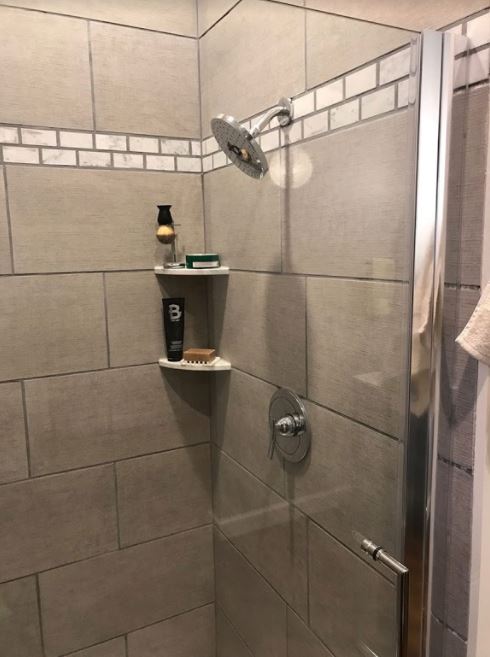 With so many options on the market, it can be tough to decide which DIY shelving is right for you. Some shelving systems suggest that gluing a shelf directly onto your shower wall is a satisfactory installation method. In reality, gluing a shelf can be time intensive and messy. Worst of all, because a glued shelf lacks structural support, your DIY in-wall shower shelf may have a short shelf life. That’s why we designed GoShelf, which is easy to install, sturdy, and stylish.

Installing a stone in-wall shower shelf onto your tile wall isn’t a job for glue alone because there isn’t an adhesive strong enough to hold up a shelf without also using supports. In addition to being ineffective, it’s tough to apply adhesive onto such a small area without making a mess. But it isn’t until after the installation is complete that a glued shelf really presents its biggest drawback: you never really know just how much it can hold. What’s the point of having a shelf if you’re scared to use it?

You can gain extra storage and style in your shower with the GoShelf in-wall shower shelf. GoShelf is a stone corner shower shelf that’s designed to be installed on a wall that has already been tiled. As a simple four-step process, installing GoShelf is a perfect DIY project. Here’s how it works:

The end result is a sturdy stone in-wall shower shelf that you’ll love using for years to come.