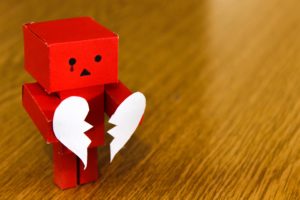 We’ve seen it happen too many times: A well-intentioned homeowner wants to increase the storage and organization of their bathroom. They’re tired of having toiletries strewn all over the the tub and they know there has to be a better way. After a little online shopping, they happen upon and eventually order a self-adhesive corner shower shelf. On its face, it seems like a good option. These shelves typically aren’t very attractive, but they’re cheap and easy to install, so it should get the job done. But, what the homeowner doesn’t realize is that sooner than later, their sticky shelf will slide right off the tile wall and leave them with the same disorganized shower they started with.

A Self-Adhesive Corner Shower Shelf is a Short-term Solution

Sticky shelves aren’t built to last. There isn’t a glue or epoxy on the market that’s designed to withstand the humidity of your shower or bath, not in the long run anyway. You’ll wind up with a shelf that may work for a few weeks or months, but sooner or later it’s going to slide off your wall along with all of your shampoo and products.

Additionally, self-adhesive corner shower shelves aren’t going to score your bathroom any style points. Often made of plastic or a metal that’s prone to rust, these sticky shelving options have a bad habit of looking like an afterthought. Thankfully, there is a stylish shelf that’s both built to last and easy to install – GoShelf.

GoShelf outperforms self-adhesive corner shower shelves because they’re built from high-quality stone and were designed by a tile contractor with over 20 years of experience. With 11 gorgeous varieties to choose from, we have a shelf for almost any bathroom style. And, at $54, the GoShelf system fits almost any budget. Lastly, GoShelf is simple to install. While it’s true that it’s not as easy to install as a self-adhesive corner shower shelf, your extra effort will be rewarded with a beautiful shelf that stands the test of time.

Don’t make the mistake of buying a shelf that won’t last! Order your GoShelf today and have a shelf that lasts a lifetime.